Who doesn't love spacewalks, but everyone can't experience that pleasure. So for people like us, one such easiest and cost-effective way to go on a spacewalk while enjoying the comfort of a lounge chair at the same time is with binoculars.

Doesn't matter if you are a veteran stargazer or a rookie, binoculars can be the friend you deserve. I have a feeling that you already have a pair of binoculars lying around so take them out and gaze into the clear, night sky.

Just make sure that the binoculars you have or the one you are buying are built specifically for astronomy, that way you can have the best experience.

In this following article, we will try and understand the binoculars, especially their working and tips involved to make the stargazing even better. So stay tuned. 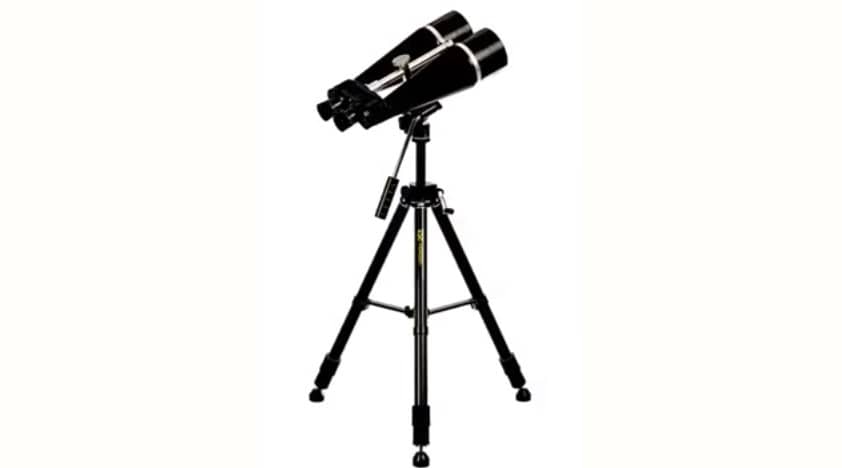 While choosing a binocular you have to consider two important factors:

The numbers in binoculars

The size of the front lenses is undoubtedly the most important aspect when it comes to stargazing. The thumb rule is the larger they are the brighter the image will be formed.

The bottom line is the bigger the diameter is the better the view will be, especially at night with bare minimum light.

Size of the binoculars

Unless you are planning on mounting your binoculars on a tripod I suggest you opt for a smaller one. Because it would be a challenge to keep heavy binoculars steady.

Ideally speaking 7×50 binoculars are the best for the up-and-coming astronomers.

Let's begin with our neighbor, the moon 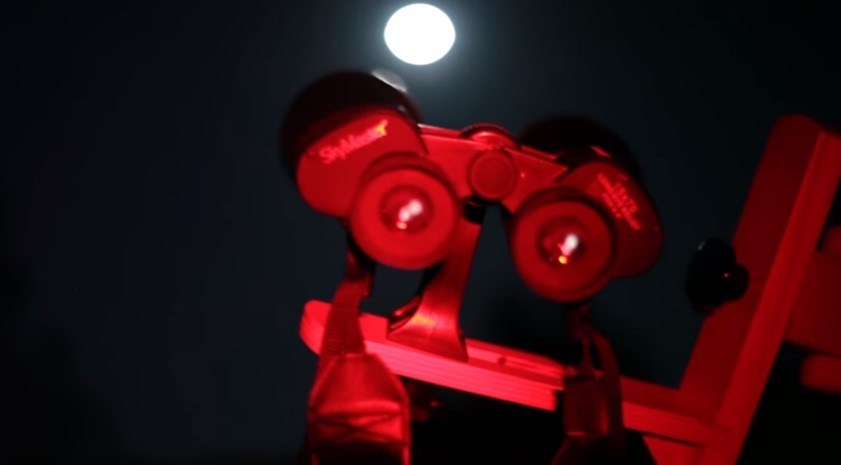 When it comes to stargazing the first thing you should do is watch the moon carefully, paying attention to its phases. According to veteran stargazers, the best time to observe the moon is during twilight.

The best spot to look at the moon from Earth by using your binoculars is along the terminator line. So turn your binoculars towards the western sky during these times to have the exquisite view.

Moving on to the next block

The thing that you need to remember about planets is that they are wanderers. So unlike stars, they don't have a fixed position. (I know stars move around as well but you get my point).

There are online pages that will let you know the position of planets each day making it easy to identify them. Like when a planet is near the moon etc.

There are a few simple ideas that will allow you to view our neighboring planets by using a pair of binoculars.

Both of them are inner planets which means they orbit the sun closer than earth. Both of them exhibit phases a few days before and after when they pass between the sun and the earth.

So keep your binoculars handy, and remember to look at Venus during twilight if you don't want to overwhelm the view of Venus with its glare.

The red planet (it does look red), and viewing it through binoculars really intensifies the color aspect. This planet sure moves around rapidly so don't forget to get a good look when it's passing through a nearby star or planet.

The real deal! Jupiter is like meant for the binoculars, and it's an awesome target even for a rookie stargazer. Make sure you get a good look at the Galilean satellites, the four bright points (moons) of lights near the planet.

You can see the beautiful golden color of Saturn with your binoculars, however, you would require a telescope to watch the rings. If you have experience then you might be able to see the renowned moon, Titan, as well.

As long as you are equipped with a finder's chart you can easily locate the two of them Uranus and Neptune. There's a greenish tint to the Uranus due to methane in its atmosphere.

On the other hand, Neptune would resemble a star despite being similar to Uranus in terms of atmosphere.

Milky Way and beyond

Once you have visited our solar members, it's time to venture further in our galaxy which hosts many other cosmic members. Better to start with star clusters that are close to our planet earth.

For instance, the Pleiades, also known as Seven Sisters is a star cluster relatively close to us (400 light-years). It is conspicuous for being small yet peculiarly dipper-like.

Note: Best time to look for the Pleiades is at the beginning of each autumn through spring.

Leaving our milky way would be the last stop in our binocular spacewalk. My personal favorite is to watch the Andromeda the Princess swaying high in the sky at the northern hemisphere during autumn and winter.

Star pattern found in the center is visible to the unassisted eye, but binoculars would enhance the view a lot better.

One thing that I forgot to mention earlier is that when it comes to binocular prism there are two types, one is Roof prism another one is the Porro prism.

The latter is better suited for astronomy as they have zigzag-shaped barrels. Contrary to the roof prism model they tend to be heavier and bigger but worth it.

So in the end all I have to say is that binoculars are no ordinary astronomy tools especially for those who are just beginning to learn the art of stargazing.

As you just learned in this article that you can see some of the coolest cosmic sights like the moon, the planets, comets (especially the comets and their details) the milky way and beyond.

Worried About Coronavirus! Check Out: Productive Activities To Do In Quarantine.

Why Two Way Radios Are Beneficial When Hunting

How To Use Trail Cameras For Wildlife Photography
Clone of Canon 10×30 IS Ultra-Compact Binoculars Reviews
The Best South American Hikes
How To Use Binoculars For Night Sky Observing
Why Two Way Radios Are Beneficial When Hunting
5 Tips On How To Mount A Rifle Scope
Which Binocular Magnification Is Better (8x Or 10x)?
Productive Activities To Do In Quarantine
Top Snake Proof Boot Brands
10 Best Range Bag Reviews For 2022