Which Binocular Magnification Is Better (8x Or 10x)?

One of the major rewards of having a binocular is the shrewdness of detail while observing any distant objects.

This particular invention has given us an evolutionary advantage.

However when it comes to binoculars magnification you end up having quite a handful of options, and choosing between them becomes particularly tough. Especially when it comes to 8x and 10x.

Out of all, two of the most commonly used magnification aspect is the 8x and 10x.

I am sure you have an inkling about the dispute that frenzies on between the community of 8x and 10x arguing that their magnification is superior to the other.

Well here’s the thing both of them have their own perks and shortcomings.

But the important thing is each of them has been designed to outshine in different capacities with somewhat different cases.

So first let’s understand what purpose each of them fulfills before we discuss their pros and cons. 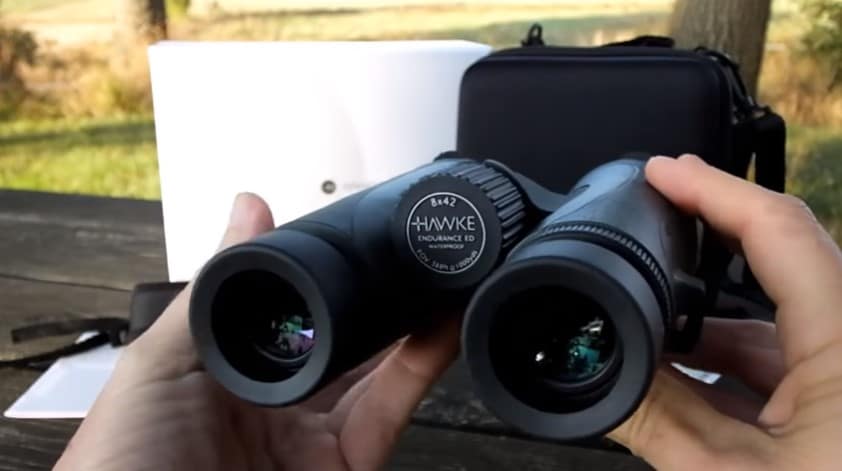 8x magnification implies that any object that you focus on will appear eight times as large as they are with the naked eye.

Every hunter knows just how important a binocular is while hunting, and if you are hunting in a narrow space like forest then 8x is recommended.

When it comes to bird watching you need to maintain a safe distance, so you would require a binocular which has high magnification and can also provide bright and stabilized pictures.

There’s a reason why 8x has such popularity among birders since they provide maximum coverage and bright pictures.

The main takeaway of the 8x model is that they provide a wider area of view than its counterparts. You can observe a large part of the landscape in one go since they are less zoomed in.

They are also quite economical compared to 10x. In my perspective, the vital advantage of the 8x model is its ability to see clearly in twilight situations (the moment near dawn and dusk).

During those moments the diameter of your pupil increases considerably and you want your binoculars to compensate these changes, making 8x more ideal than its 10x counterpart.

One major shortcoming of an 8x model is the lack of details that you can expect from a 10x model due to less magnification capacity.

If capturing details of a particular situation is on your list then 8x will fall short of your demand.

Then there’s the capability to differentiate between two types of texture, which isn’t possible with an 8x. Thereby rendering it ineffective in a wide-open area. 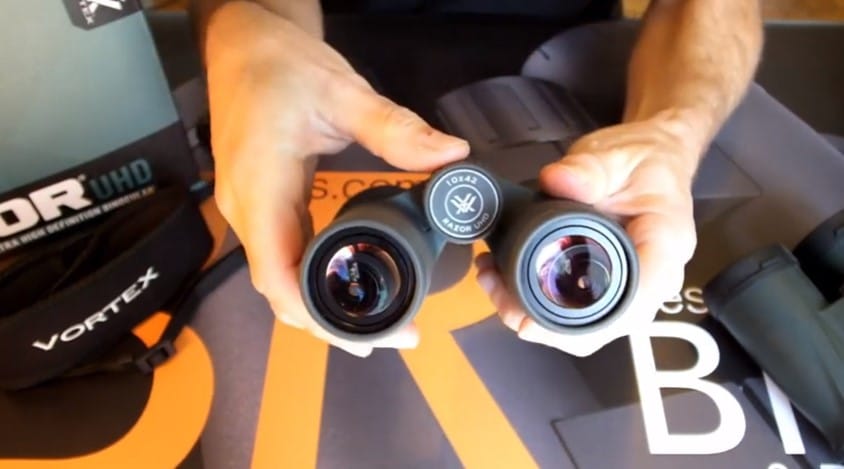 Goes without saying that with 10x magnification the focused object will look as if 10 times larger than it would be with the naked eye.

Unlike 10x, 8x aren’t built to cover a wider area. So if you are venturing out in an open plain or you are hoping to cover that large view by staying far then 10x is the ideal option.

We already covered why 8x is the most preferred one by the birders. Now here’s the thing, some people pay attention to the details, so for them having a 10x is a must.

Generally speaking, 10x binoculars are ideal for wildlife observations and safari. Since you have to maintain a safe distance (probably on a 4X4) so having a higher magnification comes in handy.

The highlighting aspect of a 10x is its superb magnification. This means if you have to observe something which requires you to maintain a safe distance then you should opt for an10x binocular.

Suppose you are in a hunting stand and staking out your prey, you are going to need a binocular with enough magnification to separate your game from the surrounding.

As I said earlier if you are a bird watcher then you can make out the tiniest detail of any bird you want to.

Since the exit pupil found in 10x is quite smaller than the one found in 8x which makes it inefficient in dim-lit condition. It only gets worse if you are hunting in twilight condition.

Moreover, it sucks at providing eye relief, and if you wear glasses and can't work properly without them, then it's better to opt for an 8x.

Note: Always remember that while comparing these two types of binoculars, the differences highlighted are not of the lens’s size rather the degree of magnification.

Any difference that exists between 8x and 10x binoculars are strictly based on their area of use rather than general superiority and inferiority.

So you need to make sure that you know what you are buying and more importantly why are you buying it.

Magnification is the defining feature of binoculars, no arguments there. But don’t get swayed by that singular aspect. Various other factors also require your consideration.

The bottom line is you should buy the one which works effortlessly in the situation that you will be working in.

In that attempt, I hope this guide has been of help to you. So choose the one that not only satisfies your binocular need but will also be at your side for years to come.